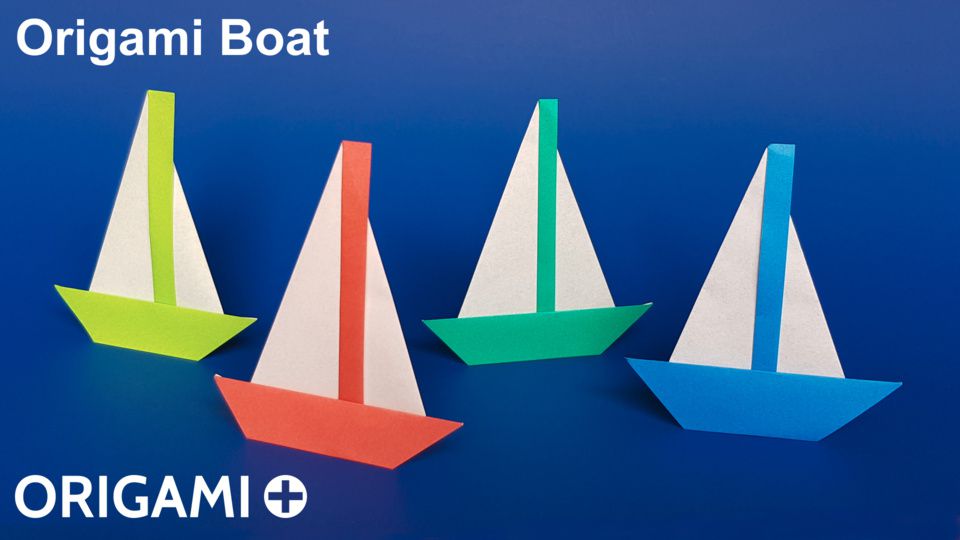 Note: this origami boat is not a floating origami boat, but you can make it stand by itself (which is great to take cool photos of your origami sailboat), or lay it flat if you prefer.

What I like the most about this new origami yatch model is that you can easily change the width and location of the mast and the size of the hull. So you can make many very different paper boats!

I'm hoping that you will fold a lot of origami boats, and that many of you will send me pictures of your paper boats so that I can add them to the world map of origami boats on my Origami Plus website.

I received many pictures for my previous maps (the worldwide origami pumpkin patch, the origami butterfly flyaway, and the origami Santa Claus Christmas Eve journey), thank you so much for participating!

Let's see if this origami boat will travel the world and the seven seas! I hope we can put as many countries and cities as possible on the origami boat map!

Please send me pictures of your origami sailboat at stephane@origami.plus or on Facebook.

Material: to fold this origami boat, you need a square paper with 2 different colors.

In the video I use a 15x15 cm sheet of origami paper to make the origami boat, but you can use other sizes, including smaller sizes, as this origami sailboat does not have a lot of folds.

In the video I go very slowly to make sure everyone can see where to fold, so it takes a bit more than 2 minutes. But once you have folded your first origami boat, the next ones should take 2 minutes or less.

Important note: this origami boat is an original origami model created by Stéphane Gigandet protected by copyright law. Do not publish how-to videos, folding instructions, diagrams, origami tutorials etc. that show how to fold this origami boat, and instead link to this video or embed it. Thank you!

How to make an origami Boat

Here are the step-by-step instructions to fold a Boat (photo diagram and/or video). 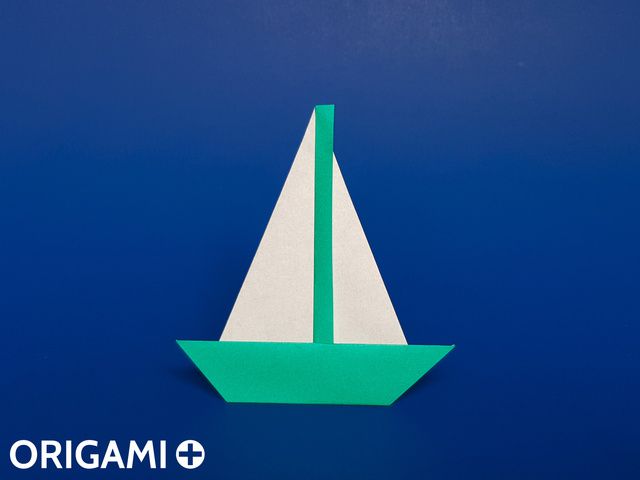 1. A beautiful origami ship with two white sails and a color mast and hull. 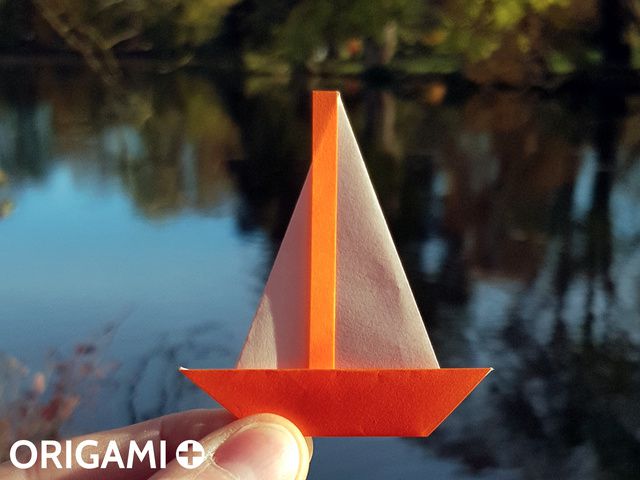 2. Take a picture of your origami sailbot near water to participate in the world map of origami boats! 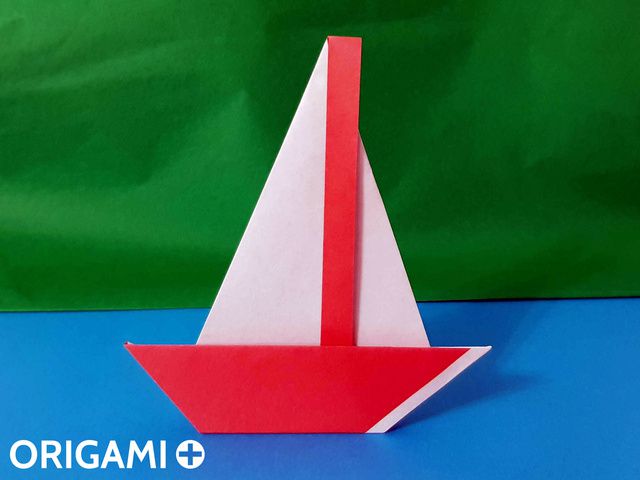 3. A variant of the origami boat with a color change on the hull of the boat. 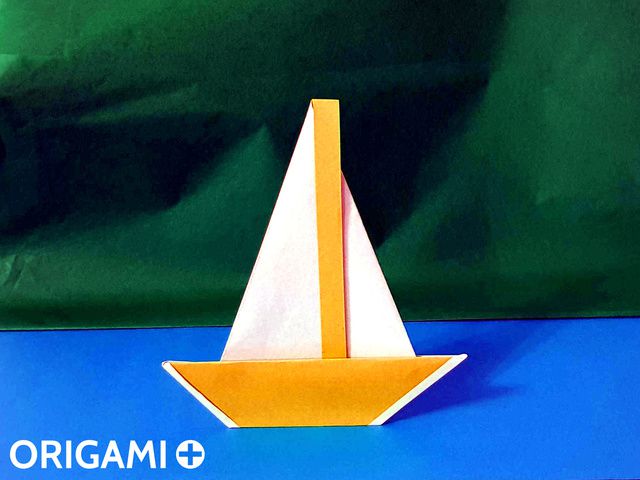 4. Another variant of the origami yatch with a color change on each side of the hull. 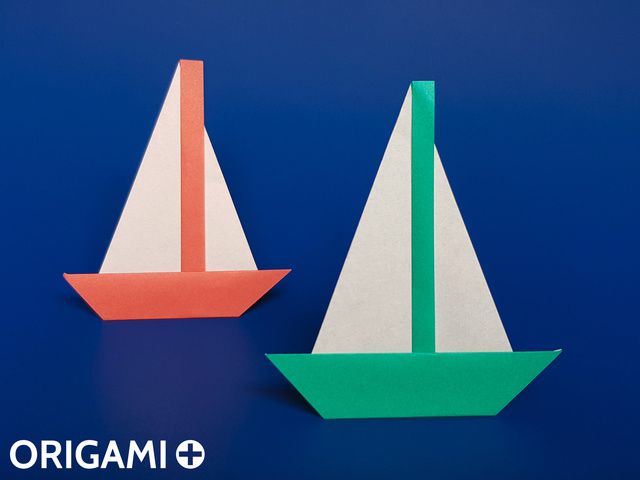 5. A green origami boat and a red origami sailboat.

I hope you will like this origami yatch! Please let me know what you think of this origami boat tutorial in the comments of the video. :)

Don't forget to subscribe to encourage me to create more original, fun and easy origami models and tutorials.

Thank you very much, happy folding, and happy sailing!

Note: this model is an original model protected by international copyright laws. Please do not publish instructions, diagrams or videos that show how to fold it, but instead point people to this page. If you would like to help with the translation of the instructions to your language (or improve the translation), please let me know. Thank you!

If you fold this Boat, please send me pictures of your paper Boat so that I can show them here.

→ See all 44 photos of origami Boat

What do you think of this Boat?

Have you tried this this Boat origami model? How did it turn out? Please tell me, and send me a picture of your model so that I can add it on this page!

If you like this Boat and my other origami models, you can support me on Patreon. Thank you!