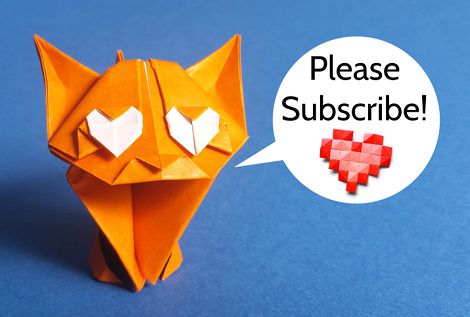 Take part in the world map of origami boats!

Participate in the worldwide origami boat map! Fold my easy origami boat model, take a picture of it, and email it to me at stephane@origami.plus so that I can add it to the map and show it in a next video on my YouTube channel Origami Plus! :)

The origami boat map started on November 21st 2021, and you can participate at any time, there is no time limit. Let's see how long it takes for the origami boat to sail to all countries in the world! 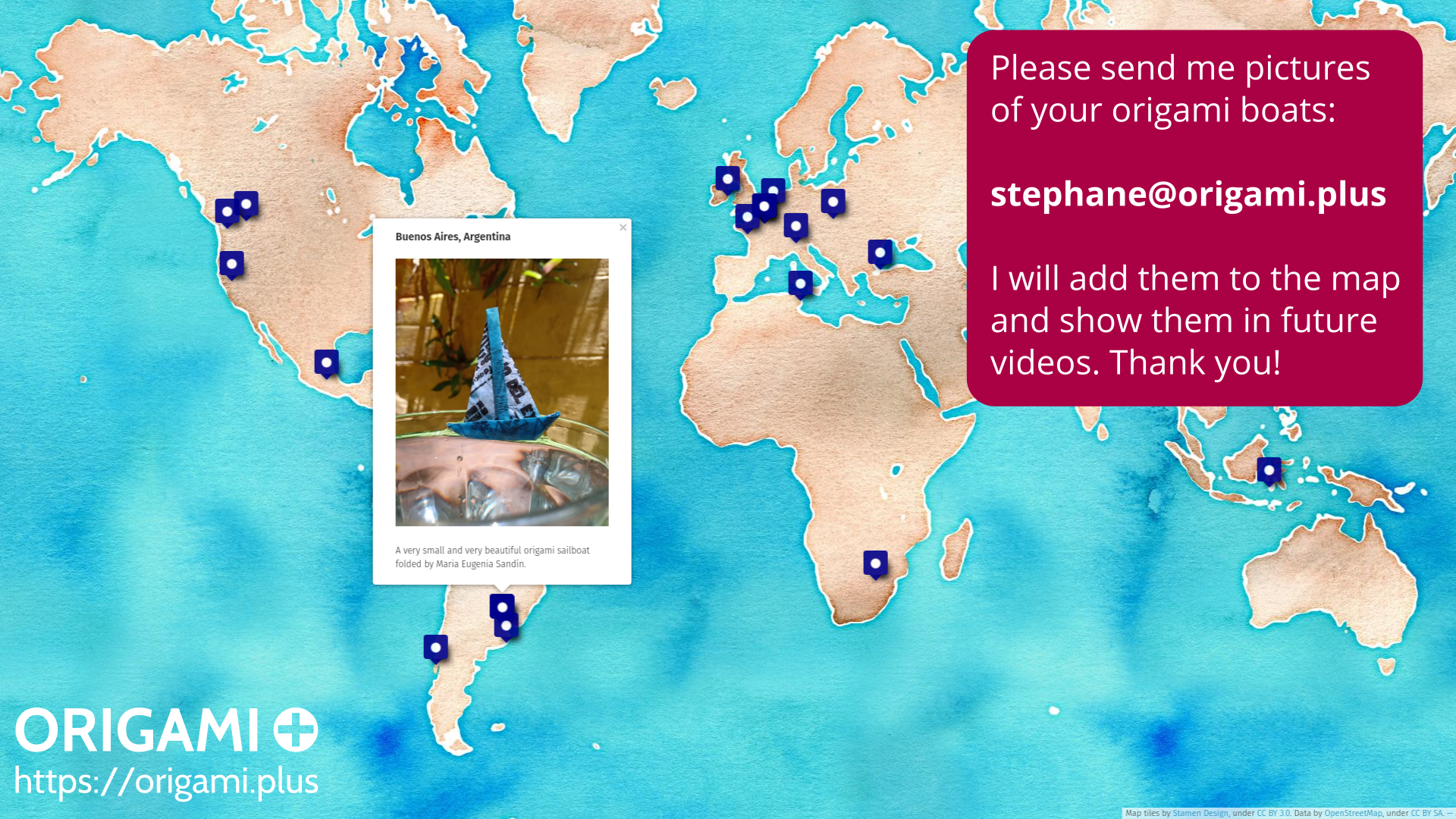 Thank you very much for folding the origami sailboat and for all your beautiful pictures!

You can also see all the pictures directly on the Origami Plus web site: Origami Boats.

Participate in the map of origami boats!

It takes only 2 minutes to fold the 2 color origami sailboat from a square piece of paper (in the video tutorial I use a red and white 15x15cm square).

Thank you very much!

It's always a great pleasure to know that kids and adults who like origami fold my models in many different parts of the world. It's a little bit like if I was traveling there myself. :-) Thank you so much for folding my models and sending me pictures! :)

For even more origami fun: